Yeadon is located in southeastern corner of Delaware County, which is found within the Delaware Valley Region of Pennsylvania. The Borough is approximately 1.6 square miles and is bordered on the north by Upper Darby Township, on the south by Darby Borough, on the west by Lansdowne Borough and on the east by the City of Philadelphia.

Some of the principal roads of the region lie within close proximity making it a convenient and highly desirable place to live. Yeadon adjoins Baltimore Pike, and it is approximately three miles from Interstate 95, four miles from PA Route 420, and six miles from the interchange of Interstates 95 and 476.

The Yeadon Borough Hall is located at:

Get directions with an online map service:
Google
Yahoo!
Mapquest 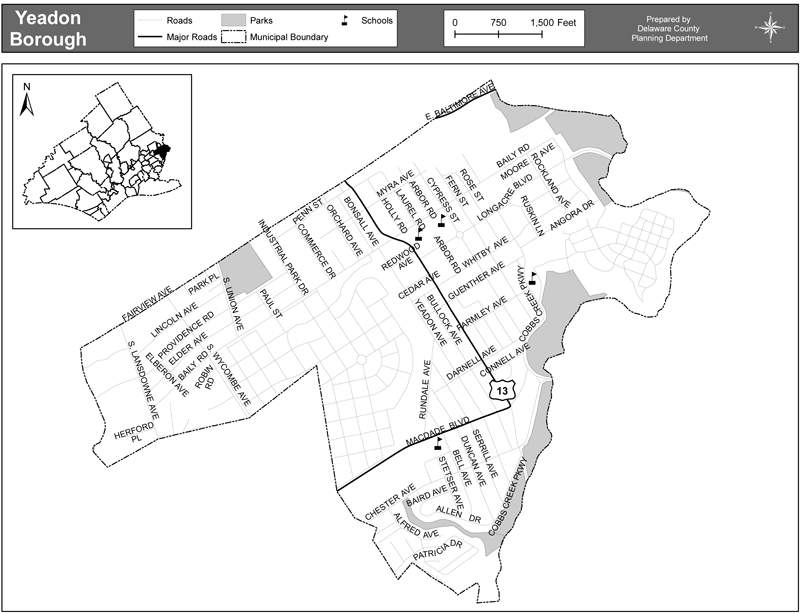